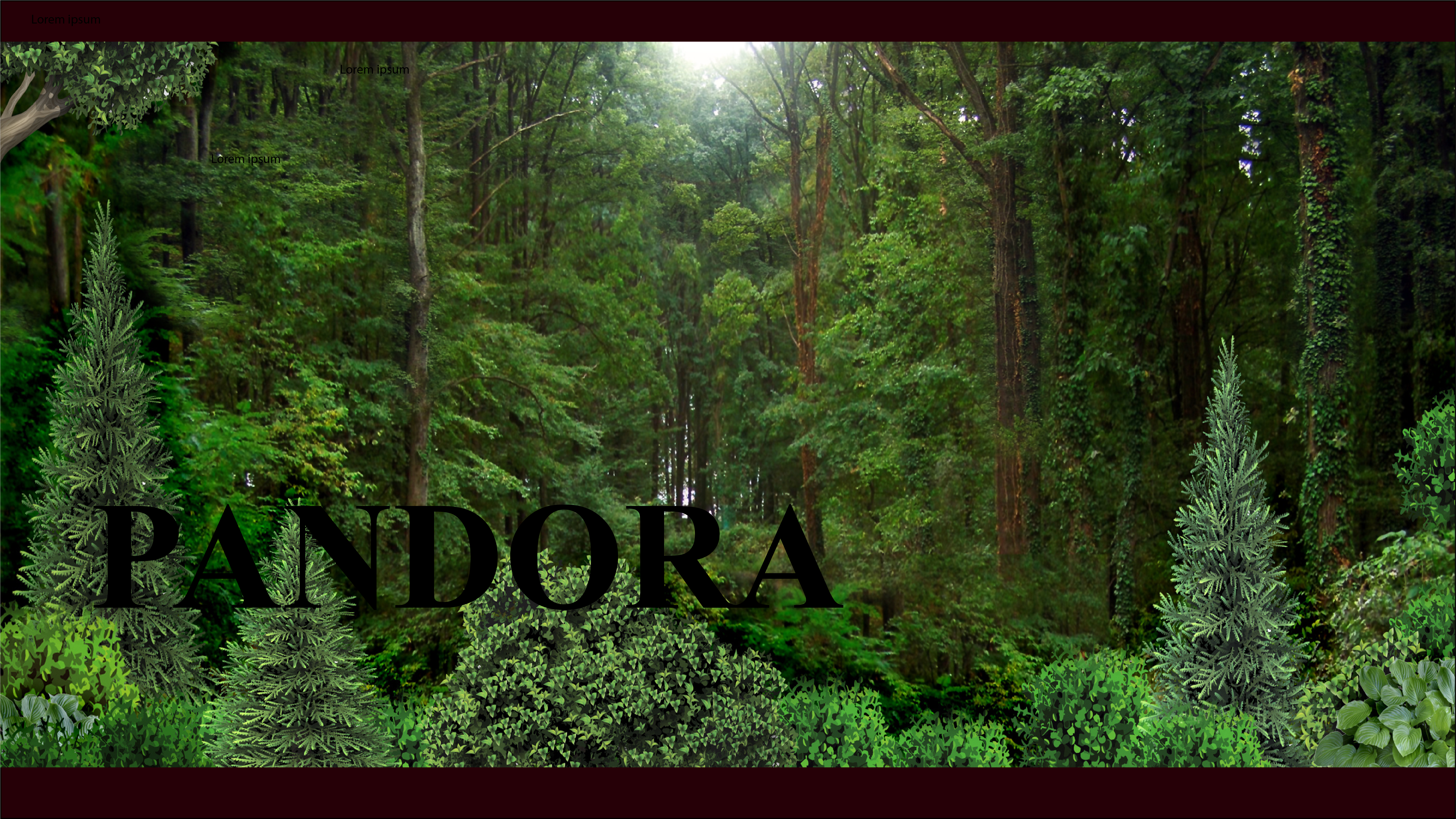 Sneak peak - Chapter 1 of "Pandora", sequel to "The Goat Farm"

Pandora made her way up North Auburn Street past “The Wild Temple”, the Yoga Center that had been there for years, just up the street from their house, where she had tried to encourage her mother to seek a healthier lifestyle.

Lynette Seager was consumed by darkness, or so it seemed to Pandora. She would sit for hours, all by herself, in deep meditation in the little room she had created for herself. It seemed to be a space created for seances, though Lynette was a solo voyager into the mystic, a lonely sojourner into deep fields of blue and black thought.

Pandora grew up outside her mother’s private sanctum, quite aware that it was a space that she was not allowed to enter. “There will come a day, dear,” her mother would say, as if that creepy room was a destination point of some kind, a milestone she would one day reach, though to what end was unclear. Was she destined to become as spooky as her mom?

Pandora shuddered at the thought, as she walked on up the street, headed for home.

As she reached her house she stopped and grabbed the contents of their mailbox, stuffed with advertisements, bills, and a raft of yellow envelopes indicating additional bills for which payment was overdue.

Paying the bills had become an increasingly pressing issue.

When Pandora was born, Lynette was living in a rundown studio apartment over on Ipsis Street and working behind the counter of a nearby thrift shop, the proceeds from which went to an animal shelter. She was barely making enough money to cover her rent and had no idea how she would support her daughter, but three months into her pregnancy her own mother was killed when a drunk in a heavy pickup ran a red light and t-boned her old Buick. Then, three months later, her grief-stricken father had died of a heart attack. As soon as the immediate estate issues were under control, Lynette had moved back into the home in which she had been raised as a single child. Pandora was born there in the home, and for many years mother and daughter survived off their minor inheritance, including the house on Jill Road.

“Mom! I’m home!” Pandora said loudly, as she came in the front door with her handful of mail.

She always announced herself loudly, whenever she came in, because her mother was prone to startle, even when she was fully aware that she was not alone. Doing anything to surprise her would elicit a shriek so jarring that Pandora went out of her way to avoid the experience. Plus, she feared her mother may have a heart attack like the massive event her grandfather had suffered, and as weird as her mother was, Pandora had no one else in the world and dreaded the thought of being alone.

She was an odd case, as odd in her own way as Lynette. Pandora had inherited her mother’s nervous disposition and her inability to feel free in her mind. There was always something heavy pressing down on both of them, or such was the vibe that they evinced. They were a dark couple.
Their inner selves were revealed in their outer. Both wore clothes that came from thrift shops, where they seemed to mine styles that other shoppers would consider more costume than clothing. Lynette looked like someone who had devoted her life to becoming Stevie Nicks and Pandora was classic Goth.
Neither look attracted flies, despite their lovely features.

Lynette, who had grown up in Grass Valley, seemed to have no social life at all, no friends from her high school days, and no significant others outside of her daughter. It was stunning, really, because Lynette had only been twenty years old when Pandora was born and was only forty years old now that her daughter was twenty.

The two looked like sisters, both strikingly attractive with sharp jaw lines, electric blue eyes, and beautiful auburn hair. They were gingers, rare beauties wrapped in Halloween wear, exotic reminders of that brush with the mystic that had created them as a pair and held them firmly in its grip.

“Mom – it looks like we’ve got bills due,” Pandora hollered out as she leafed through the mail and organized it on the kitchen table. There was a stack of advertisements from which coupons could be saved, and a stack of new bills, and a stack of overdue bills with threatening language about denial of services.
Lynette appeared through a doorway and walked into the kitchen like she was in a trance, walking over to the table and staring down at the mail.

“Yeah, I’m fine,” said Lynette, glancing at her, casting a brief smile, before refocusing on that mail. The way she looked at it one might’ve thought it was on fire, possibly burning with some supernatural blaze only she could see. “How was work?”

“It was fine,” said Pandora.

There was a subject about which there was usually nothing much to tell. Pandora had taken a job at a game shop downtown that specialized in rare and expensive pastimes, with a heavy emphasis on the occult. They also sold a bizarre collection of esoteric texts, including a book called “The Goat Farm” that had been published the previous year and created quite a sensation in Nevada County, where the story was set.

“The Goat Farm” did not sell particularly well outside of Nevada County, but for some reason had attracted the attention of Hollywood filmmakers who had paid over a million dollars for the movie rights. That had been widely reported in the local Grass Valley newspaper, where critical reception of the book had been mixed. Many locals felt that it depicted Nevada County in an unflattering light, while a significant population of locals who shared fascinations with the occult, which were a feature of the book, found the attention their area was getting to be exciting.

People from Tinseltown were showing up: producers, directors, movie stars. Grass Valley was one of the earliest of the towns established along the western front of the Sierra-Nevada range – California’s District 1 – and it had been a center for high times since the Gold Rush of 1849. A beautiful area, people came to recreate after the gold mining was all done, and in the latter half of the 20th Century it had become an attractive place to retire. Nevada County was plug full of old people from the Bay Area and the San Joaquin Valley, who arrived with money at a time when the foothills were no longer producing great riches, as they once had. Their influence had maintained a vibrant restaurant and bistro community. The place also teemed with musicians, so the local music was a draw.
Some of the movie people had come to scout locations, most notably the one out on Hill Pointe Road, where “The Goat Farm” was set. That site had specific and odd features that made it perfect for a film shoot, but the lady who owned the property, who in real life had been the focus of the novel, had refused to let the movie people onto her farm.

A location crew had staked out the area around the farm, viewing the place from its perimeters, standing in the woods with binoculars to try to see how the property was set up, with the expectation that they were going to need to find some other property that could be manipulated to appear as a reasonable facsimile.

Stories began leaking out about what these movie spies were seeing in their illicit surveillance of the goat farm property. One story circulated that the mysterious woman who lived there and maintained the property, which was supporting a large goat herd, routinely strode around her property naked. She was a sight to see, a striking older woman doing physical labor under the hot sun, pitching hay into pens and paddocks kept there, tending to baby goats. They had seen her bottle feeding them, holding them lovingly in her lap as she sat on the straw, naked as a jaybird.

After she refused access to her property, one of the Hollywood people took photographs of her through a telephoto lens – shots of her working nude on the goat farm – and published them to the internet. This only heightened the local scuttlebutt about this weird novel, this bizarre woman goat herder, and it cemented this fixation that a certain Hollywood crowd had on this not particularly successful book.

It was as if something weird was going on, some force controlling events in ways that were having an undeniably beneficial effect on the Grass Valley community. “The Goat Farm” wasn’t selling well world-wide, but it was flying off the shelves of the occult game store where Pandora worked.

“Have you ever met the author, dear?” old women would ask, apparently unaware that the author had mysteriously disappeared before the book was ever published and was assumed to be dead. It was another of those subjects about which his wife had no interest in discussing. She had been through an intensive period of investigation following her husband’s disappearance, and speculation about what had happened to him had run wild. That reached a fever pitch when it was learned that the husband of the previous owner of the goat farm had disappeared under similar mysterious circumstances.

Talk about “The Goat Farm” was further engendered by a horrible event that happened out in the woods that surrounded the property, where the movie location hunters had secreted themselves to look in on that strange setting.

Two of them were attacked by dogs – giant Alsatians, who they said came out of the woods, seemingly from nowhere, and attacked them savagely, without warning other than their snarling, snapping approach.

The movie people were badly injured and reported that they felt they would have been killed had the dogs not suddenly halted their attack. They reported that a figure had emerged in the distance – they saw him in the heavy undergrowth, moving among the trees – and when the dogs recognized his presence, they suddenly stopped their attack and ran off into the woods.

The filmmakers had dragged themselves out of the forest, badly mauled and suffering significant blood loss. One of them developed an infection that led to the amputation of an arm. The other was traumatized so intensely that he recovered from his injuries in a hospital equipped to manage the special needs of men returned from the horrors of war.

The Goat Farm on Amazon

The author of The Goat Farm is Rick Alan Rice, a California-based writer whose work is available on Amazon and many other outlets. Rick offers novels, screenplays, and a huge portfolio of original music compositions.